Sil Ganzó, the founder and executive director of ourBRIDGE for KIDS, tells the story of a family her nonprofit recently helped via its meal delivery service. When COVID-19 hit and schools closed, a single mom of three elementary school kids was forced to quit her job as a housekeeper so that her children wouldn’t be at home during the day by themselves. The mother told Ganzó that the daily dinners ourBRIDGE delivered helped her family survive through the pandemic.

The fact that Ganzó tells the story is not surprising – the 2020 Nish Jamgotch Jr. Humanitarian Award winner could share hundreds of stories of families her organization has helped through the years. What is surprising is that the story involves food delivery, a service that, just a few months ago, was not part of the mission of ourBRIDGE for KIDS, an afterschool educational program for Charlotte’s immigrant and refugee children.

Ganzó was able to change her organization’s mission and focus (so far, they’ve distributed nearly 134,000 meals) thanks to the dedication and hard work of her staff, as well as $190,000 in grants from the COVID-19 Response Fund that the Foundation and United Way of Central Carolinas helped launch in March. In total, the fund has raised $23.5 million for coronavirus relief. So far, nearly $18 million has been granted to more than 200 nonprofits assisting those hit hardest by the pandemic. 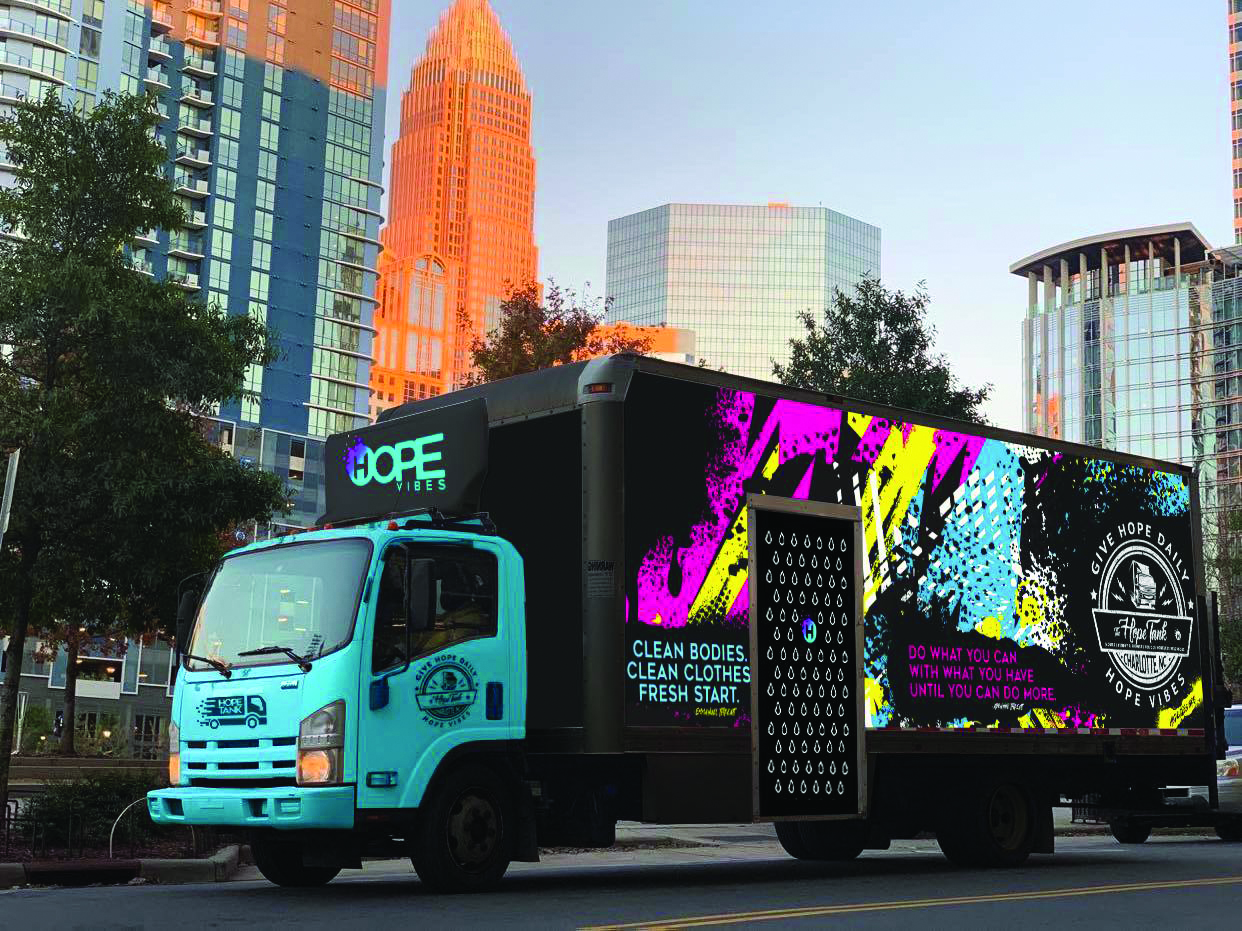 Adrienne Threatt lives by a simple motto: “Do what we can with what we have until we can do more.” That optimism is one of the reasons she named her nonprofit Hope Vibes, which she co-founded alongside her husband, Emmanuel Threatt.

Hope Vibes develops creative exit strategies to end homelessness through direct relief, research, innovation, advocacy and systemic disruption. Recently, Hope Vibes debuted its “Hope Tank” (above) a box truck converted into a mobile shower center and laundromat to help the homeless community. The initial truck was bought in 2017 thanks to a $10,000 grant from FFTC’s African American Community Foundation, and the project was completed with a $50,000 grant from the COVID-19 Response Fund.

The debut of the Hope Tank was a bright spot in a tough year for a segment of the local population hit hard by the COVID-19 pandemic.

“Because of the strong relational culture we’ve built with the people we serve, (when the coronavirus outbreak started) we began going out and just having conversations with our homeless neighbors,” Threatt said. “We wanted to hear from them directly concerning the impact and their need. We found that the outbreak affected our homeless neighbors very deeply on an emotional and social level. They felt overlooked, unvalued and forgotten.”

When the COVID-19 Response Fund launched on March 16, remembering the community’s most vulnerable was one of its key goals. In the early days of the pandemic, local agencies and nonprofits were among the first to feel the strain as the economy tightened, workers were asked to stay home and school cancellations caused disruptions.

“When we launched the fund, our approach was to look at the crisis from multiple angles, because the most important thing – especially in the early days of the pandemic – was to act quickly and get the money flowing,” said FFTC President and CEO Michael Marsicano. “We knew nonprofits were being hit hard with requests to help, and thankfully when we asked the community to donate, they responded. The generosity that was shown was a bright spot during an otherwise uncertain time.”

Lending Tree was the first to give, helping to start the fund with a $1 million gift. The City of Charlotte and Mecklenburg County followed, alongside donations from corporations, foundations and individuals. Gifts to the fund ranged from the millions to a $2 commitment from an anonymous online donor.

In addition to the Charlotte-Mecklenburg COVID-19 Response Fund, several of the Foundation’s regional affiliates helped launch relief efforts in their communities. More than $1.7 million has been distributed collectively in Cabarrus, Iredell, Lincoln, Stanly, Union and York Counties. 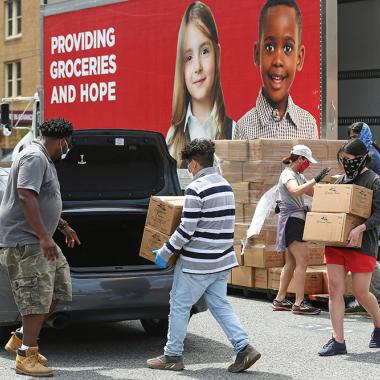 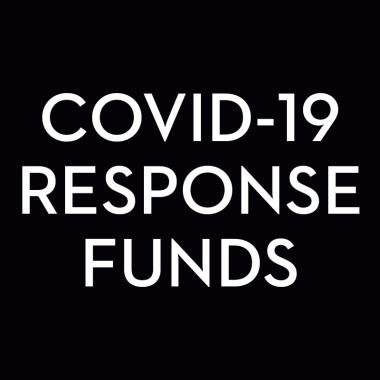 Read more
©2022 Foundation For The Carolinas