A Legacy of Engagement

With retail business booming in 1927, the Belk family embarked on a major expansion of their store just down the street. In spring of that year, doors opened to the largest department store in the Carolinas – the flagship of the ever-expanding chain of Belk stores. Just next door, the Carolina Theatre also opened to great fanfare – making its debut as a grand movie palace with modern amenities.

The theatre is the center of a broader collection of venues designed to serve as a hub for philanthropy and civic engagement. The entire site was named Belk Place in honor of the families’ philanthropic commitment s to our region. In addition to the theater and nonprofit space, Belk Place includes existing amenities such as the Foundation’s headquarters, the Luski - Gorelick Center for Philanthropy; the Sonia and Isaac Luski Gallery; the Levine Conference Center; and the Robinson Center for Civic Leadership.

“The Belk families have a passionate commitment to our community,” said FFTC president and CEO Michael Marsicano. “What more fitting name than Belk Place to grace this constellation of civic amenities we are creating with the restoration of the Carolina Theatre.”

John Belk was a savvy business man who chaired the Charlotte Chamber of Commerce, he was a pioneering leader of the family business. His strong belief in education and workforce development led to a permanent and substantial foundation in support of educational causes.

John was also a public servant who distinguished himself as a four-term mayor of Charlotte by championing strategic investments, public - private partnerships and a more inclusive government.

Claudia Watkins Belk was a trailblazer in her own right. She became the first female District Court Judge in Mecklenburg County, paving the way for the role of women in the justice system. She was a champion for social justice issues and a lead voice against domestic violence. In fact, a Center for Justice bears her name.

Tom Belk led numerous campaigns for the United Way, the Chamber of Commerce, Davidson College and Myers Park Presbyterian Church, among others. He was also a champion for higher education, making generous commitments to Davidson College, UNC Chapel Hill and UNC Charlotte.

Trained as a teacher, countless students at Eastover Elementary fondly remember Katherine McKay Belk as a mentor. She is a believer in the link between volunteerism and philanthropy, serving as president of the Junior League, devoting time to the Mint Museum and volunteering for her beloved Crisis Assistance Ministry. A philanthropist in her own right, she endowed the principal cello chair of the Charlotte Symphony in her mother's name.

With their philanthropic ties, love of the arts and passion for the community, it’s only fitting that the Belk name is attached to a campus for civic engagement that combines all three. 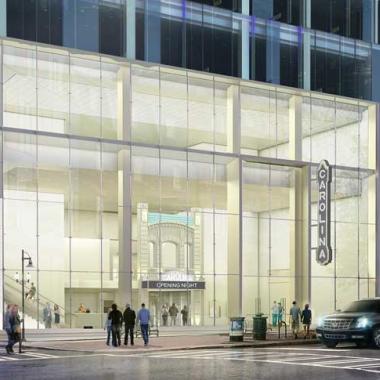 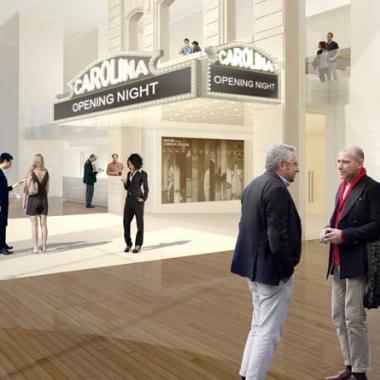 Learn More
© Foundation For The Carolinas